For most of us retirement, the post “working life” period, is inevitable. How do you want to spend it? Here are five lessons that can make retirement abundant and generative, and how I learned them.

My grandfather, Earle, lived the 20th century American dream. Though born to a middle-class working family, he was smart and, with the help of his uncle, able to attend an Ivy League college. Upon graduation in 1915 he went to work as a chemist and metallurgist for General Electric, where he worked for the next 40 years.

The stories I’ve been told about him during those years, before I met him, are of an energetic, outgoing, life-of-the-party kind of guy. He was a natural leader and was involved in the community on many levels, performing in minstrel shows and other amateur theatrics. He was also generous and did charitable work. In addition, he was a devoted father, husband and son; assisting his elderly parents, who lived across the street, and his mother-in-law who lived with him for 25 years, until her death.

Earle was ambitious and hard working, rising into GE management at a relatively young age and involved in important projects throughout his career, including the development of the jet engine during World War II. When he retired he was the head of his division and had secured for himself and his wife a comfortable retirement. The picture below was taken in 1956 at his retirement party, two years before I was born. He was 62 years old.

Earle lived 18 years beyond retirement. I was 16 when he died. The man I knew during those 16 years was different from the legend that lived during the 40 years of his working life. He was still outgoing and forceful. He was still a devoted husband, father, and now grandfather, but as I look back upon the time that I knew him, he was tired. True, he suffered from the consequences of a lifetime of smoking, alcohol consumption and a high stress job, particularly so during the war. But more than any of those reasons, my assessment of my grandfather’s retirement years are that they were a mere shadow of the first 62 years of his very active and contributing life.

I admire my grandfather and appreciate the life he lived that has allowed me to live mine, and at the risk of appearing disrespectful, I want to share my observations of his final years and how it formed my vision of “retirement.”

When planning for retirement most of us focus on the financial preparations. In this regard my grandfather was very successful. Health wise he was not as successful and his lifestyle choices were made without the benefit of the Word of Wisdom and what we know today about healthy living. From my observation, the single greatest tragedy, maybe the only tragedy, in my grandfather’s life was that he didn’t grasp the opportunity at his retirement to embark on a new mission or adventure.

From all I saw and heard, his purpose for living began to dissolve upon his retirement. The travel, the family time, and the hobbies weren’t enough to keep him engaged and purposeful; and without a meaningful purpose in his life, he rapidly declined into poor health and increased use of self-medicating substances.

In two years I will be the same age as my grandfather when he retired, and I recognize that times have changed. In my lifetime the disappearance of graduation-to-retirement employment, better healthcare, longer life expectancy, early retirement, and second and third careers have been game changers for my generation as we enter fully into our retirement years. Despite these generational and personal differences, my grandfather’s retirement experience has taught me much about how I want to proactively experience my post-workforce years.

I have observed that there are essentially five ways one can spend one’s time in retirement. All of them are part of an enjoyable and fulfilling post-working life; and they are not all equal. From what I have observed, I can retire . . . :

“I have worked hard, and I deserve to play and finally enjoy my life.” This approach is best captured by the bumper sticker I recently saw on the back of a new Cadillac, “I am spending my children’s inheritance.” There is validity to these sentiments. A lifetime of work earns one the right to rest and recreation, however, to exclusively or even extensively pursue this particular retirement plan invites a loss of meaning in life, with the eventual outcome being put out to pasture by the younger, still contributing parts of our society.

The young’uns quickly forget our past contributions and one can quickly slip into resentment, isolation and a sense of entitlement which is neither pretty to witness nor fun to live.

2. . . . in pursuit of health and activity. "I am going to beat this aging thing and stay young and active for as long as I can." It is both admirable and wise to stay physically and mentally active, pursuing a healthy lifestyle as we age, and before we get there. This healthy goal can be taken to an extreme however, as evidenced by the billions of dollars spent every year on cosmetic surgery and other age defying treatments. I judge that the best anti-aging strategy is to fight hard against the inevitability of growing old, while at the same time accepting it gracefully.

​​3. . . . in pursuit of service to others. Whether in our families or communities, service is a purposeful and contributing way to spend one’s senior years. To paraphrase the scriptures, he who loses his life in the service of others, will find his own life. Service comes in many forms and there are innumerable opportunities around us every day. As we continue to lose our self in the service of others we will find meaning and purpose in life.

Perhaps the most compelling reason to pursue a service-filled life as seniors, is that it provides effective and long-lasting relief to the aches, pains, and regrets that inevitably come with age and feeling less “needed.​"​ ​​4. . . . in pursuit of ongoing generativity. Generativity is a term used by Erik Erikson to describe the longest period of adult activity. It is achieved by investing time and effort in children and other activities that will benefit future generations. According to Erikson’s theory, the period of generativity ends around the time of retirement from the working world; and I ask why? Generativity ending with retirement belongs to my grandfather’s generation, which is when Erikson developed the theory. Why not extend generativity for as long as we can? Being generative can add meaning to one's life and improve the community at the same time.

​​Generativity has a double meaning in that it implies both the creation of life or life-promoting activities and having a generational impact beyond our own. While service in our elder years is a noble pursuit, that same service, given with an eye towards the future (a future that we will most likely never witness) is, I believe, even more noble. The longer we can hold onto a vision of building a better tomorrow, the more likely we are to live an extended life of meaning and purpose. And while grandchildren are the most common expression of senior generativity, they are not the only opportunity for generative expression in our latter-years.

5. . . . in pursuit of permanent Identity through Integrity. Finally, reflection on the life one has lived is an inevitable part of aging. This describes Erikson's eighth phase of development, Integrity vs. Despair. The tendency to review and even second guess one’s life choices leads us to draw conclusions about our lives. Will we live our final years in a place of satisfaction and peace, or a place of regret and inner turmoil? The truth is that most of us will experience both and from this oppositional reflection we can arrive at a place of personal integrity (wholeness) and wisdom, knowing who we really are (have become) and ready to accept the inevitable, final step in life. 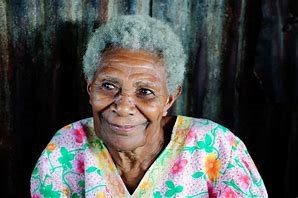 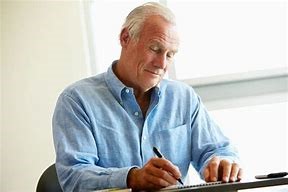 And what of God or a belief in a Higher Power? Where does He fit in my post-work life vision? As in all aspects and times of life, His presence makes life sweeter and more peaceful; retirement is no exception. The world and our lives are far more beautiful when we can give someone credit for creating them, not to mention the anticipated reunion after a life well lived.

My grandfather taught me many things both directly and indirectly, through my father, for which I am very grateful, including what I don’t want my retirement years to be. While I am only at the threshold of this time of my life, I am committed to include all five of these pursuits in my diversified post-workforce portfolio as long as health and circumstances will allow. Fun & rest, activity, service, generativity, and reflection are all important. However as previously stated, all of these five pursuits are not equal, therefore I intend to invest the greater share of my post-work life time and attention to the pursuit of generativity - my vision of the Fountain of Youth. I judge generativity to be the gateway to a meaningful life of ongoing personal growth in the service of present and future generations.

In closing, I want to honor the good intentions and generative desires of my grandfather's heart for his posterity. The fondest memories I have of him were when he would have all of his grandsons together. It was in those moments that I experienced first-hand the outgoing, ​​energetic, fun, and enthusiastic powerhouse that I had heard about from his earlier life. There was something about being with “his boys” that allowed him to access that part of himself which was far from dead, albeit not as accessible as it used to be. I know the feeling, because that is exactly what I connect to within myself when I am surrounded by his great, great grandchildren. Thanks Grampa, for the lessons and the legacy.